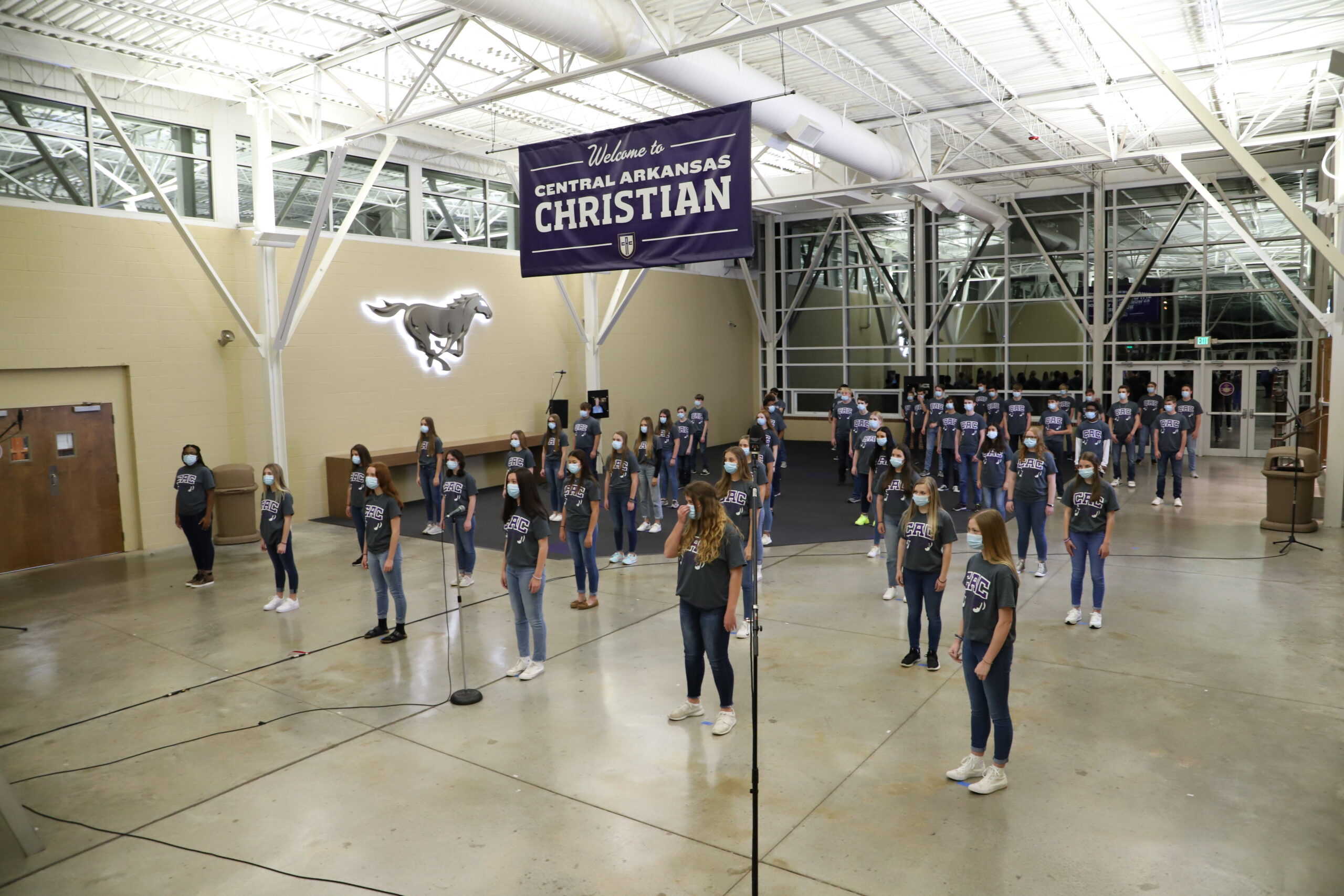 Wednesday, April 26. The weather forecast looked grim – 100% chance of heavy rain and possible flooding were predicted for the entire Little Rock area, but the estimated time of arrival for the torrential downpour varied across different platforms. Nevertheless, all 6th-12th grade CAC students arrived on The Mountain armed with elaborate signs and clad in varying shades of green and purple (with the occasional umbrella or rain jacket in tow).

The Tunnel of Hype was formed, the ACCESS Gator athletes competed, CAC students shouted dozens of cheers and the rain held off.

Like most CAC high schoolers, senior Rachel Williams was a member of an ACCESS Gators fan club for four years. Her story is unique, though, because she purposefully chose to support the same athlete, “The Flying Dutchman,” every year.

Rachel said being able to cheer on “The Flying Dutchman” was her favorite day of the year, and that she will miss the opportunity to do so next year. According to freshman Caden McCluskey, who participated in a fan club for the first time this year, encouraging his athlete, “Cole the General Boss,” was incredible.

“We made a lot of posters and marched around with him the entire time. He was the General, so we did whatever the General said to do. When he did the shot put, we surrounded the area and went crazy holding up our signs and cheering for him. It was really fun to watch him play sports and have people cheering him on,” Caden said.

From its conception, the day was designed to be a fun way to give back to those in the community around CAC. As the years have passed, it has become so much more. Students learn selflessness, problem-solving, compassion and joy in tangible ways that simply cannot happen in the classroom.

“It’s really hard,” Rachel said. “It’s emotionally draining, you could say…putting so much effort into making sure those kids have a good day. But it’s also really rewarding to see those kids so happy. I don’t even really know how to put it. Basically, it’s not about us. It’s about them. What we do here, everything is for others. We just want to make a difference in the world. These teachers are training us to become servants, and they are planting seeds in us so we can grow.”

When the ACCESS Gators loaded up the bus and left The Mountain, things were only just beginning. For the second half of the day, the rain poured down and CAC students spread out across the Little Rock area to complete service projects for various organizations.

It was secondary school librarian Ian Thomas’ first Day of Service experience, and he commented, “I really didn’t know what to expect. I thought we would go and have fun and see some kids, but I didn’t realize what sort of impact we would have in the short time we were there.”

Mr. Thomas took a group of students to Baseline Elementary, where they organized a closet of

shampoo, soaps and other products, read books to children and organized classroom sets of books.

“Their literacy specialist told me that they had had those books for over a year and that she hadn’t had a chance to break away from her everyday duties to organize them where teachers could actually use them. In the time we were there, our kids were able to organize and label all of the books they had gotten to where teachers could take advantage of the resources they had.”

CAC students worked hard for a few hours, and they were able to make a lasting impact for Baseline Elementary students and teachers.

“I was really excited to be with Parks and Recreation, because we had worked with them before and they knew how hard our kids would work. The first thing the guy said to me was that they had a ton of jobs lined up because they knew our kids would get it done.” 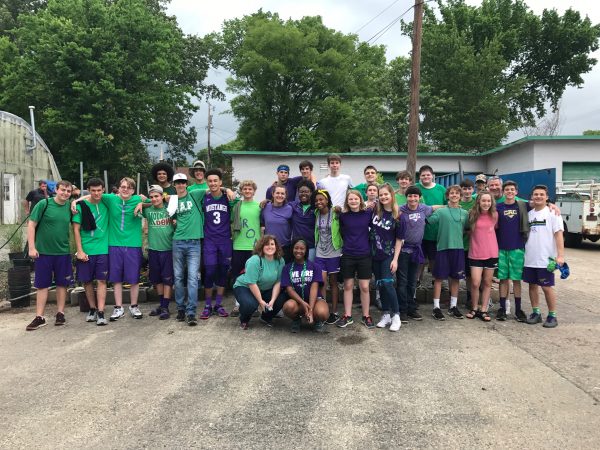 Coach Sullivan said it was neat to see the kids make tangible change, and that the plants are probably on display at Riverfront Park, the state capital and McArthur Park. They also helped with plants that will be used for decoration at RiverFest.

“CAC talks about serving, we talk about who we are and what we’re all about, but if you don’t ever do it, then all of that is just empty talk. The Day of Service is an example for the kids to see things that they can do in their own town any day of the week.”