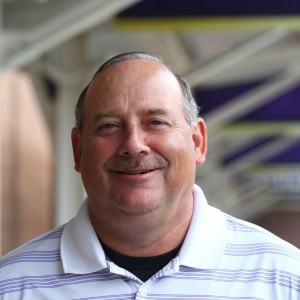 The 2020-21 season of Lady Mustang Basketball is going to be a fun group to coach and watch, with five of the top 8 players back from last year’s 27-7 conference and regional championship team that was ranked No. 1 in class 3A for a lot of the season.

Bethany Dillard, a recent signee with Union University in Jackson, Tennessee, the lone senior, the only holdover from the 2018 State Championship team, and one of the top players in the state, is poised to have the best year of her career on Mustang Mountain. The three-year, All-conference, two-year All-State performer and three-year captain will be the heart and soul of the team.

Bethany should get plenty of help from a strong junior class that all played up as 9th graders, helping the Lady Mustangs to two undefeated conference championships, two regional championships and 51 wins in two years. Ava Knoedl has started and averaged double figures, was named All-State, and was named All-Conference twice. Coach Q calls her the best 3-point shooter he has coached in his 35-year career. Stella Smith and Reese Shepard have shown rapid improvement while coming off the bench most of the last two years and are now ready to step into the starting line-up.

Eight sophomores round out the 2020-21 squad, fresh off an 18-3 conference and district tournament championship junior high season. Riley Bryant, a 5’9” forward, gave the senior girls some good minutes in the postseason a year ago and should provide some scoring both inside and outside. Livian Burton, another 5’9” sophomore, has been impressive in pre-season practices.

Peyton Gaston and Lake Ramey are another couple of 5’8” post players who have worked really hard this fall and will provide some strong competition for playing time inside. On the outside, Carleigh Petlak, Katie Odum, Carly Morrow and Avery Lillard are all battling for playing time on the perimeter and will be crucial to the success of the Lady Mustangs.

The Lady Mustangs would love for you to come out to Mustang Mountain and support us this year.

Article: Neurosurgeon, Missionary & CAC Alum
Video: Welcome to CAC
Video: CAC All-Access Spiritual Life
Video: 40 Years of Christian Education
Do NOT follow this link or you will be banned from the site!