CAC Faculty & Staff Row, Row, Row for a Cause 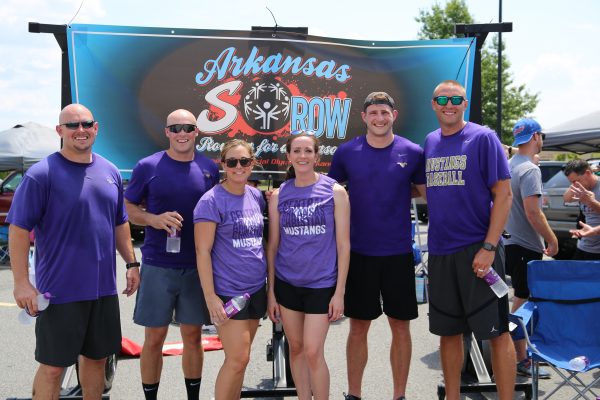 Saturday, July 14 – At 11:40 a.m. the heat index had surpassed 103 degrees and the Rowing Mustangs were gearing up for 20 minutes of a physically taxing rowing competition in the Maumelle Walmart parking lot. 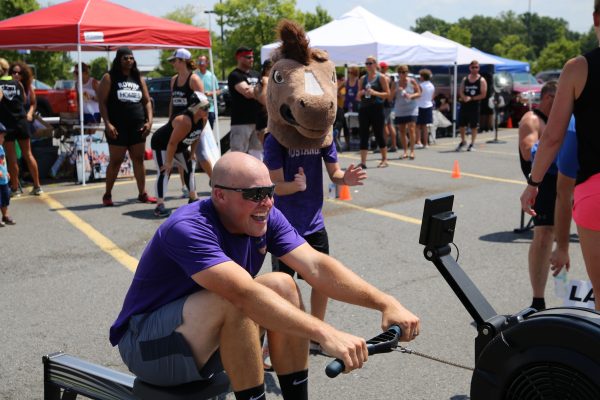 This year, the event’s second year, twenty-four teams raced against the clock to see who could row the most meters in 20 minutes on the provided rowing machines. With each meter, the teams raised money to be given directly to the Arkansas Special Olympics organization and athletes. Last year’s event raised $8,000.

According to Northen, who attends CrossFit Maumelle and put together the Rowing Mustangs team, the event organizers chose rowing as the activity because it is something that most people, no matter their fitness level, can participate in. Despite the heat, 144 people from the Little Rock and Central Arkansas joined teams and rowed to show their support. 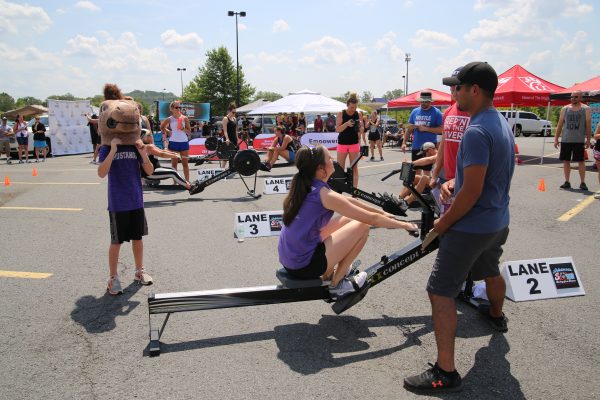 “This year it’s bigger, with more teams participating,” Northen said. “I like getting involved locally, specifically in Maumelle because that’s where we live. I didn’t realize how big Special Olympics Arkansas is and how many athletes they have, and seeing those Special Olympic athletes come out and cheer us on had a huge impact on me. It’s a fun way to help a lot of people.”

After a hard-fought 20 minutes the Rowing Mustangs finished with a total of 5,099 meters, placing second in their heat. While some members of the team, who will remain unnamed, collapsed to the payment in exhaustion, the sense of accomplishment and goodwill was evident on their sweaty faces. The sunburns and tired shoulders were worth the money raised to help those inspiring athletes live out their dream.